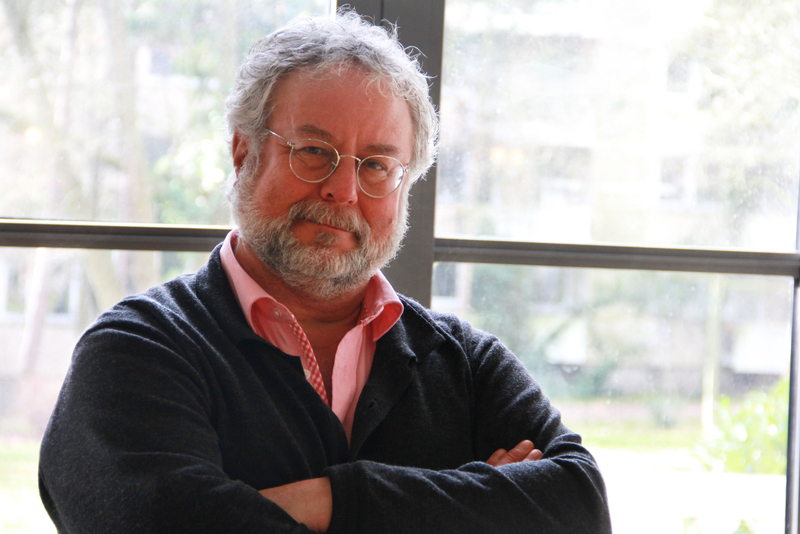 PAUL LEVINE, HISTORIAN, HAS PASSED AWAY.
We regret to inform you that a few days ago, Dr. Paul A. Levine, a famous scientist, Holocaust researcher suddenly died in Berlin (Germany). He was an associate professor and senior lecturer at the Hugo Valentin Centre of Uppsala University (Sweden), specialized in the Holocaust history and memory. Since defending his dissertation in 1996 on “From Indifference to Activity: Swedish Diplomacy and the Holocaust of 1938-1944”, P. Levine has published a large number of articles on various aspects of the Holocaust history and memory, including - section of “Observer” in the Oxford guide on the Holocaust studies (London, 2010). His monograph “Raoul Wallenberg in Budapest: myth, history and the Holocaust” (London, 2010) was translated into Swedish and published in Lund (Sweden) in 2011.
Dr. Levine has twice come to us, to “Tkuma” Ukrainian Institute for Holocaust Studies and Museum “Jewish Memory and Holocaust in Ukraine” - for the first time, it was in February, 2013, at the student debate tournament “Dnipro Open” opening, which we conducted together with the public organization “New Vision”, and to communicate with Ukrainian teachers, who study the Holocaust history with students.
The idea to make the Ukrainian version of the famous study guide by Stéphane Bruchfeld and Paul A. Levine “Tell Ye Your Children…”: The Book about the Holocaust in Europe in 1933-1945” arose precisely then. This book, first published 20 years ago, is now published in many languages around the world and continues to be a highly effective educational tool and platform for children, parents, teachers, schools and universities. In each of the dozens of countries where the book was published, the publication included a special section written by local historians about the features of the Holocaust in this country.
Paul Levine came to “Tkuma” Instiute, to Dnipro to discuss a future book, visited our Museum “Jewish Memory and Holocaust in Ukraine”.
In 2018, “TELL YE YOUR CHILDREN…”: THE BOOK ABOUT THE HOLOCAUST IN EUROPE IN 1933-1945” FOR THE FIRST TIME WAS PUBLISHED IN UKRAINIAN BY “TKUMA” UKRAINIAN INSTITUTE FOR HOLOCAUST STUDIES; the book includes two sections written by Igor Shchupak on the history of the Jews of Ukraine and the Holocaust events in the Ukrainian territory. Currently, this study guide, recommended by the Ministry of Education and Science, is very popular among Ukrainian educators. Obviously, this book is the best memory of the famous Swedish scientist and history promoter…
We would like to express our condolences to Dr. P. Levine’s family and friends.