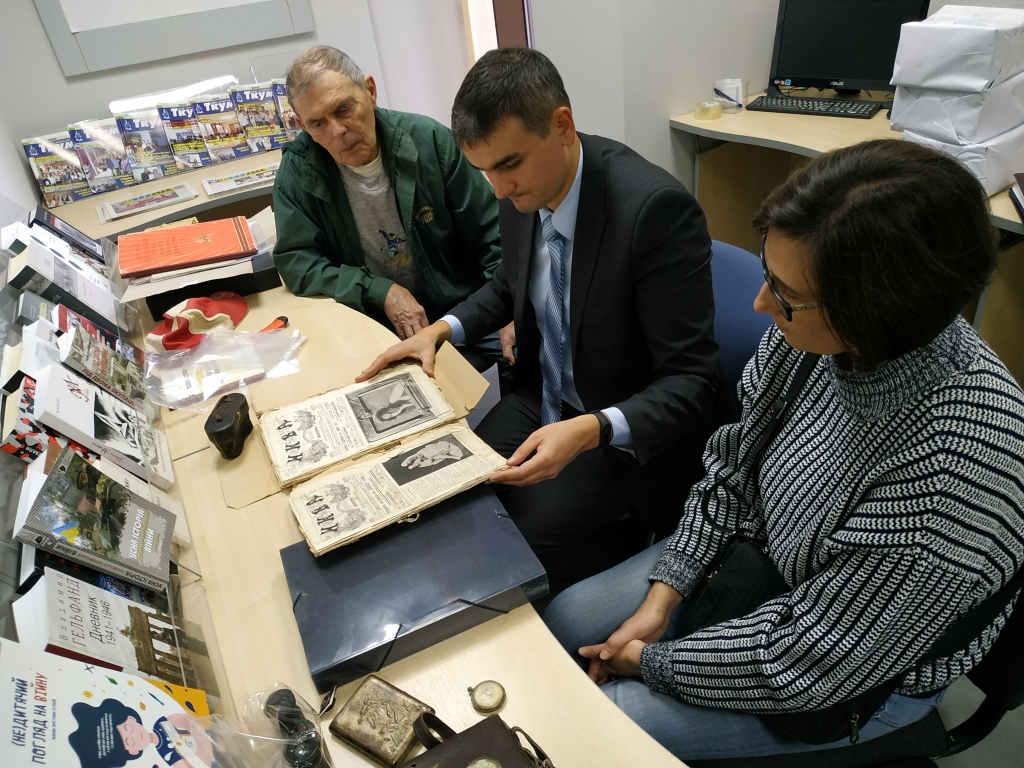 Recently, Museum “Jewish Memory and Holocaust in Ukraine” received unique exhibits – personal items of an extraordinary person, a famous memoirist, Red Army soldier Volodymyr Gelfand. In 1933, at the age of 10, he and his family moved to Dnipropetrovsk, where he studied before the Germany attack on the Soviet Union. During World War II, Volodymyr came to the front as a 19-year-old private soldier, rose to the rank of lieutenant and commanded a mortar platoon. He fought near Kharkiv, took part in the defense of Stalingrad and in the liberation of Ukraine and Poland. He came to Berlin and ended the war in Germany, where he remained with the occupation corps until September 1946. Everything that he saw and experienced, Volodymyr noted in a diary, which he kept from April 1941 to December 1946 – both at the front, and in the military hospital, and at the school of young officers.
In 1983, after Gelfand’s death, his son Vitalii decrypted and digitized the archives of his father. Part of the diary was first published in Germany and Sweden in the 2000s.
We had the honor to welcome Volodymyr Gelfand’s daughter-in-law in Dnipro – Mrs. Olha, the wife of his son Vitalii, who gave his father’s personal items to our Museum. Among them, in particular, unique albums with photographs of Germany in 1945-1946 and post-war Dnipropetrovsk, family photographs, marriage certificates of Volodymyr and his relatives, diplomas and employment books, evacuation certificate of his future wife Bella Gelfand (nee Shulman) about the evacuation together with her mother from Belarus to the Kazakh SSR, a file of the illustrated “Niva” magazine for 1905, as well as Volodymyr’s binocular, “Leningrad” light meter, a cigarette case, “Neva” radio and many other things.
We sincerely thank the Gelfand family for these exceptional exhibits! In the near future, they will occupy a worthy place in the permanent exhibition of our Museum.