This day. To Raphael Lemkin's Birthday 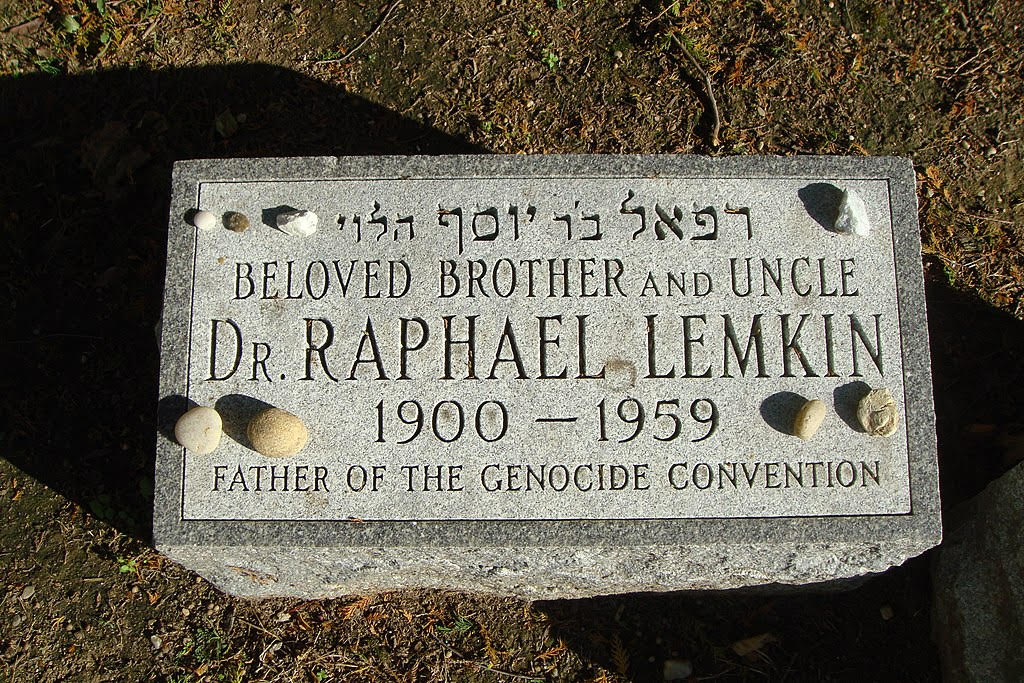 On April 14, 2022, the deputies of the Verkhovna Rada voted for Resolution No. 7276 “On the commission of the Russian Federation of Genocide in Ukraine”. In the explanatory note to the resolution it is said: “The Armed Forces of the Russian Federation is not just a crime of aggression, but pursue the purpose of systematic and consistent destruction. This requires urgent recognition of actions taken by the Armed Forces during the last phase of armed aggression against Ukraine, which began on February 24, 2022, the genocide of the Ukrainian people”.

Genocide in Ukraine – unfortunately it is relevant again.

On June 24, 1900, Rafael Lemkin was born – lawyer, human rights activist, developer of the concept of genocide, one of the first to qualify the Holodomor of 1932-1933 as genocide. He was born in a Jewish family of farmers in the village. Abrose near the city of Vovkovsk Grodno province of the Russian Empire (now Vovkovsky Grodno region, Belarus). He received his secondary education in Bialystok, studied the right at Jagiellonian University in Krakow (1919-1920) and at the University of Jan Casimir in Lviv (1921-1924). Under the influence of murder in 1921, one of the Turkish statesmen responsible for the mass destruction of Armenians in the Ottoman Empire, Lemkin immersed themselves in the study of international law on crimes against human communities. He published his innovative ideas in October 1933, at the Fifth Conference on the Unification of International Criminal Law in Madrid. The “Acts of Barbarism” – the destruction of human communities, one of the five crimes described in his report, later became the basis for the development of the concept of genocide.

With the beginning of World War II, he left for Sweden, where he taught at Stockholm University and collected documents on the repressive laws of Nazi Germany. In 1941 he emigrated to the United States. Lemkin's book “Axis Rule in Occupied Europe” (“The Board of Axis in Occupied Europe”), 1944 – in detail documented exposure of Nazi crimes in Europe. The term “genocide” first appears in the work and its concept as an international crime is presented.

In 1945-1946, Lemkin was an adviser to the US Supreme Court in the Nuremberg process. The term “genocide” introduced by him has gained international recognition. Thanks to Raphael Lemkin's efforts, on December 9, 1948, the General Assembly of the United Nations approved the Convention on the Prevention of Genocide Crime and Punishment.

After the overthrow of the Nazi regime, Lemkin considered communist power to be the main enemy of mankind and accused it of committing genocide actions. On September 20, 1953 in New York, during memorable events on the occasion of the anniversary of the Great Hunger in Ukraine, he delivered his sign speech “Soviet genocide in Ukraine”. It is important that Lemkin has interpreted the concept of “genocide” much wider than determining the relevant UN Convention. He enrolled not only national, ethnic, religious and racial groups, and the penalty of which the UN Convention, but also Political, Social and Other Human Teams envisages the possible victims of genocide. However, the presence of the genocide of the Ukrainian people Lemkin argued, based on the definition of the UN. In 2009, his work “Soviet genocide in Ukraine” was published in 28 languages in separate editions. On November 20, 2015, Lemkin's article was included in the federal list of extremist materials of Russia.