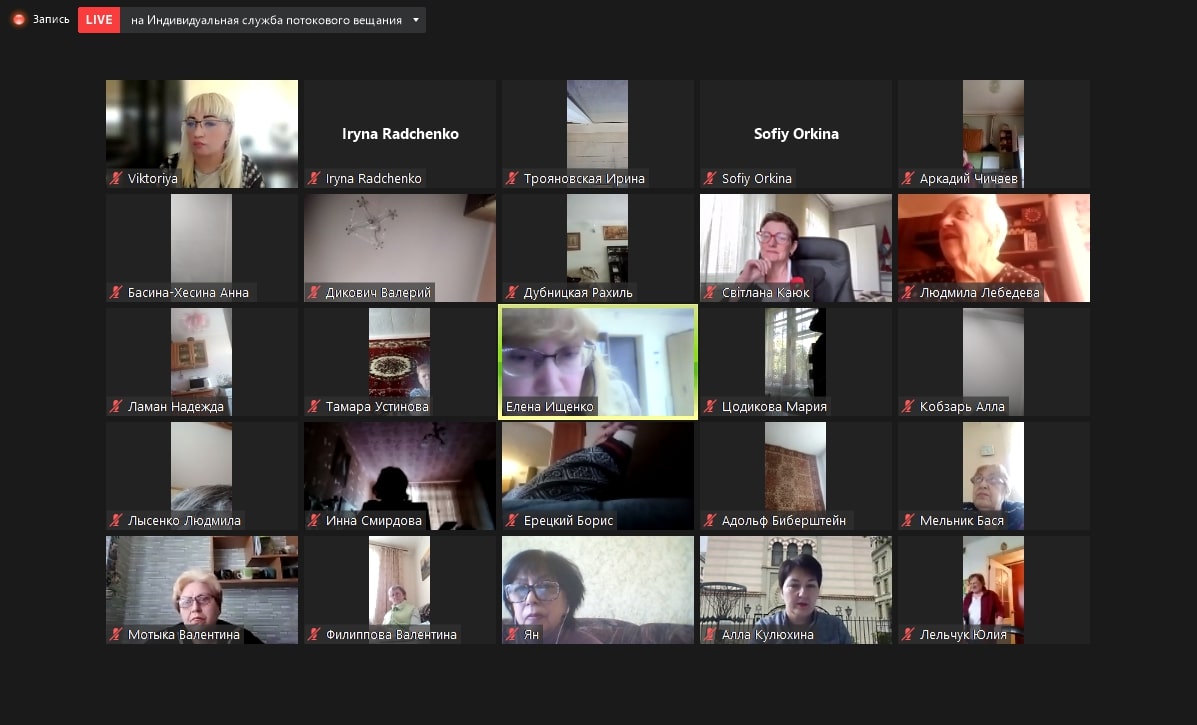 On May18, Museum “Jewish Memory and Holocaust in Ukraine” took part in the Peace Marathon held by “Khesed Menakhem” Charitable Foundation in honor of the victims of the deportation of Crimean Tatars. This day in 1944, a SPECIAL OPERATION began in the Crimea, as a result of which more than 180,000 fairs were deported, thousands of people died on the road and in settlements from starvation, disease, and general exhaustion. They were driven into freight cars by those whose descendants declared Crimea Russian in 2014.

More than a hundred interested representatives of Jewish communities from all over Ukraine took part in the Marathon. Oleh Rostovtsev, director of “Khesed Menakhem” Charitable Foundation stressed the agreement of the events of 1944 and the processes we witnessed after 2014 – forcible change of the demographic composition of the peninsula by relocating hundreds of thousands of Russians to the continent to Crimea and persecuting the active part of the indigenous population – Crimean Tatars and Ukrainians. Olena Ishchenko, researcher of the Museum showed a fragment of Akhtem Seitablayev’s film “Haytarma” and told about how the topic of the genocide of the ruble is presented in the Museum. Dr. Svitlana Kayuk, associate professor of History of Ukraine, of Oles Honchar Dnipro National University told about the course and consequences of deportation. Kemal Mustafayev, head of the Crimean Tatars in Dnipro spoke about the memory of his own family and thousands of other families about the tragedy. All the speakers insisted on the official condemnation by the world community of both the crimes of the totalitarian USSR and the atrocities of the modern Russian Federation, which “with dignity” continues its traditions today in the suffering Ukrainian lands.

The Peace Marathon continued with a wonderful concert: the song of Jamala – the winner of Eurovision-2016, dedicated to Crimean Tatars, and a series of songs by Volodymyr Ivasyuk performed by Volodymyr Kovalenko.

“See you in the liberated Crimea!”, – said the participants of the Marathon.