The World, Destroyed by the Holocaust 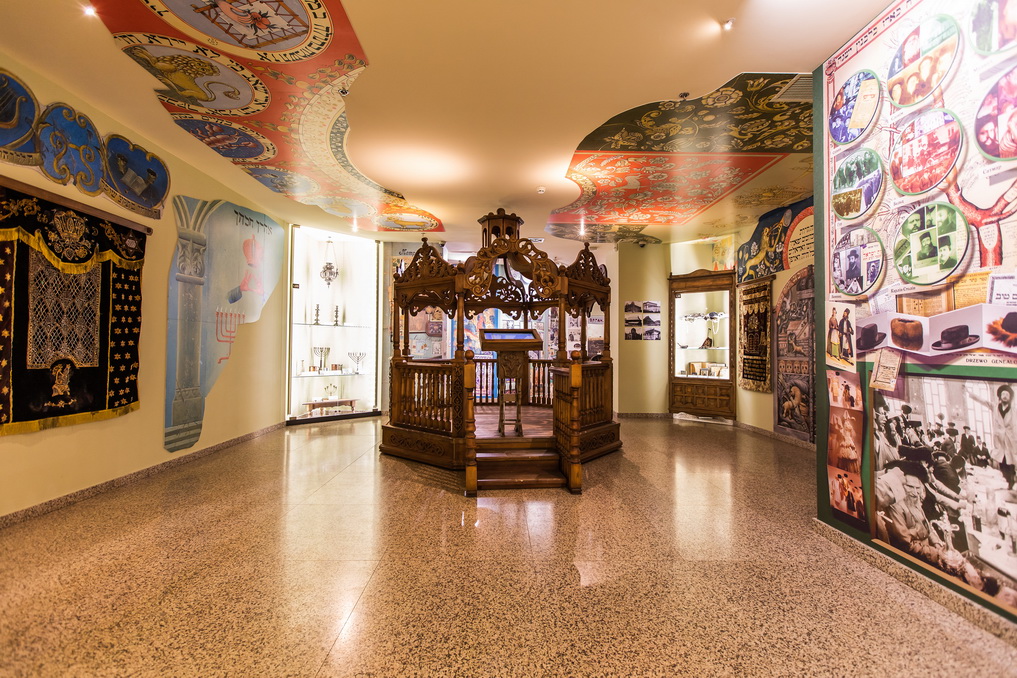 The exhibition consists of units devoted to the Judaism and the spiritual world of the Jews, as well as the key events in the history of Ukrainian Jews in the 17th-19th centuries. Among the exhibits there are ancient scrolls of the Book of books, Torah Crowns, collection of mezuzahs, rimonim and other artifacts, as well as the dramatic stories of the relics that witnessed either the events of the ХІХ century or the Holocaust. The multimedia installations and information self-service terminals are supplemented by the reproduced workshop of Jewish shoemaker and Katerynoslav photo studio (by the way, here you can make a photo using the camera that has been working even after 100 years).

The history of Chasidism holds the special place in the Museum, as life and activity of the Seventh Lubavitcher Rebbe Menachem Mendel Schneerson, whose father’s Levi Yitzchak Schneerson fate and activity are closely associated with Katerynoslav – Dnipropetrovsk.

The exhibition includes original exhibits devoted to the participation of the Jews in the First World War, the revolutionary events of 1917-20’s, establishing agricultural colonies and others. The Museum materials are aimed at breaking down some stereotypes such as “Jew is a commissar” or “Ukrainian is a Petliura pogromist”.

The visitors will have an opportunity to learn a lot about the Zionist movement in Ukraine and about democratic attitude of the Ukrainian Central Rada, about Jewish pogroms and S.Petliura’s struggle against these pogroms, about Jews as Soviet leaders and as victims of the Soviet regime.

The new exhibition is devoted to the mass repressions of the 1920s and 1930s, in particular Jews in the structures of VChK (The All-Russian Extraordinary Commission) — OGPU (The State Political Directorate) — NKVS (The People's Commissariat for Internal Affairs) and Jews, victims of repressions. The Museum has created a special exhibition devoted to the Holodomor of the Ukrainian people of 1932-1933, which shows the fate of Jews and other national minorities, victims of the crime of the Stalin’s regime.