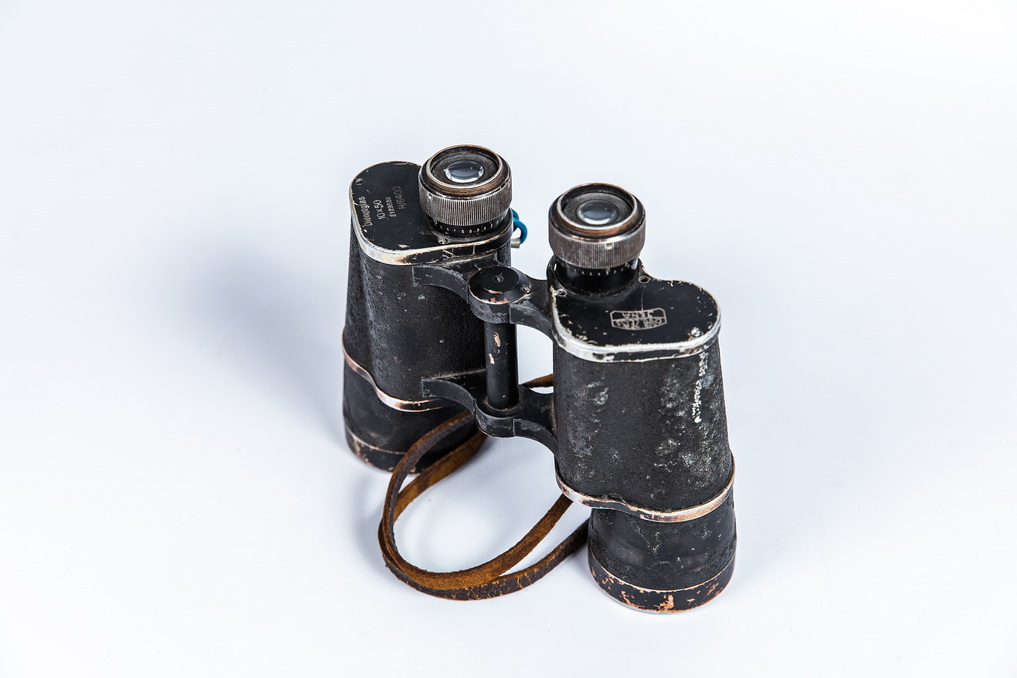 German binoculars
1940s.
Donated as a gift by Pavlo Khazan.

During the fightings near Smolensk in 1943, Borys Khazan, a Soviet officer, received a pair of field glasses as a trophy. The previous owner, German Hauptmann, passing it said: "Hardly 2 years passed since the time when I was looking through these binoculars at Moscow". "I’m sure that in less than two years, I'll look through these binoculars at Berlin”, Borys replied. And so that happened in April 1945…

After the war binoculars became a family heirloom. But in 2014, it got into the frontline again. It was used by Borys's grandson, Pavlo Khazan, a Senior Lieutenant , who organized a Volunteer unit of Communication Support in May 2014. On his first trip to the front, Pavlo took grandfather’s binoculars and looked through it to Mariupol, Siedovo, Obryv, Marianka, dozens of other cities, towns, villages and checkpoints.